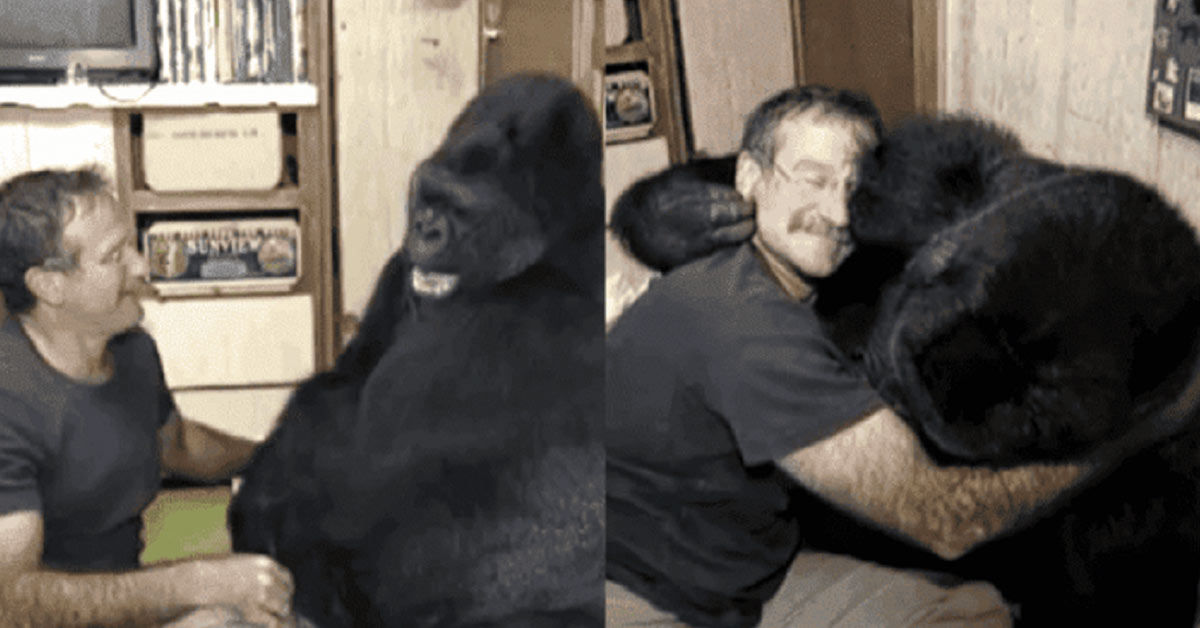 Our emotions play a big part in our overall mood as well as decision making. Additionally, it can often feel like an impossible pit to get yourself out of when you’re depressed or feeling sad. Sometimes the best medicine doesn’t come in the form of a pill or prescription. Your friends and family are usually the support you go to in your most desperate hour. For Koko the gorilla, Robin Williams was a complete stranger that changed her life in mere minutes.

People often underestimate the power of laughter and joy when they’re feeling intense sadness. The passing of these two icons leaves us with bittersweet feelings. However, the lessons they taught us will never be forgotten.

Koko, the gorilla, is well known as one of the few of her kind that can communicate through sign language. She knew over 2,000 words and had the intelligence of a 3-year-old. With over 1,000 different signs in her arsenal, Koko could have lengthy conversations with just about anybody. Additionally, you can find multiple videos of Koko all over the internet and her progress through life

However, there was one interaction that stood out the most when compared to all others. It was a meeting between Koko the Gorilla and a complete stranger, but it didn’t take long for them to become the closest of friends. Who was the stranger? Robin Williams. Williams and Koko formed an incredible bond together. The timing of their meeting seemed to have had a big impact on both of them. At the time, Koko had been grieving the loss of her lifelong friend for over 6 months. Her demeanor expressed a lot of her sadness as she reluctantly communicated with others. Koko’s childhood friend, Michael, was only 27 when he passed away. In the 6 months of her mourning, Koko never smiled until she met Williams.